Now that you’ve had “the conversation,” you’ve likely heard some things you weren’t expecting.

And if we’re being honest, you probably heard some things you suspected to be true while simultaneously hoping you were wrong. A natural response is to question how you got to this point and what can be done.

The answer is as simple as it is complex: take action. The best way to take action is to be an ally.

You might be asking yourself: how can I be an ally? Here’s where I can help. Step #1 – don’t ask yourself. Ask those around you who are in need of an ally and listen to what they say they need, not what you think they need. This is critical. If you ask people directly, you won’t have to guess. It is important to understand that each person may require a different kind of allyship and, similar to the other “uncomfortable conversations” you’ve facilitated, you can’t skip this conversation. There’s no point in beginning the conversation if you’re not going to continue speaking and listening.

While I can’t tell you what each individual may want, there are certain forms of allyship that are universal, so let’s start there.

Yes, this was already mentioned above and yet it is being highlighted again. That’s how important it is.

It’s important to ask questions. Assume nothing. Yes, you’ll need to ask follow-up questions and clarifying questions are helpful too. None of this is obvious and that’s okay to admit. If it were obvious, there wouldn’t be so many people currently Googling “how to be an ally.”

Most people appreciate the opportunity to speak for themselves and the opportunity to share how they would like to be supported. If they don’t want your support, that’s fine too. By asking directly and trusting their knowledge of what is most helpful to them, you’ve opened up an avenue for support and let them know you are there to listen.

This can be applied in two different ways. When your team members share their experiences with you, believe them. For example, many people of color have experienced a long list of indignities in the workplace and in life in general. Some may sound so obviously awful or unacceptable that you might think they are exaggerating because it’s might seem hard to believe anyone would treat another human being that way. Part of your thinking is right – no one should ever treat another human being the way many of us have been treated. Unfortunately, it happens all the time, even when people should, and do, know better.

Don’t question if it could happen. Question how it happened, and continues to happen now, and ask how you can support or offer help for the person experiencing this harm. Sometimes the simple act of listening to your team member and believing what they say will be enough. They might still be processing the pain and not at a point to know more than that: I’m hurting. I’m not okay.

The impact of systemic racism can result in very deeply embedded trauma. Believing your team member and believing they know what is best for themselves might be enough. It sounds obvious, but you’d be surprised how often well-intentioned people do more harm this way.

Another form of belief is believing in your team members’ abilities. Give them the benefit of the doubt. Believe in their ability not only to survive but to overcome obstacles. Recognize the unique gifts, abilities and talents they bring to your organization and cultivate these qualities. Believe in their ability to thrive when you set them up for success. Make sure you are setting them up for success. If you think you have done that and the team member is not thriving, before questioning their talent, skills or abilities, question if you have truly done everything possible to create an environment to nurture, support and stimulate their growth and success.

The best way to lead your team is to involve your team in decisions that impact them. This applies to leaders at all levels of the organization. In fact, it is especially important for leaders at the top of the organization to speak with and listen to members of marginalized groups within your organization as often as possible. Do not settle for “listening” to a secondhand account from someone that has not had their experiences. When you do that, you hurt the very people who are already hurting, when you intend to help.

If you followed the advice I shared in It Starts With a Conversation, you’ve already asked your team members about their lived experiences. Now it’s time to ask them about their experience within your organization. Check in often and genuinely. The conversation should be continuous because eventually, something will happen internally or externally and a situation-based check-in, when you haven’t asked how they are doing in several months, may have the opposite impact you were intending.

Situation-based check-ins can feel disingenuous and breed resentment. During the course of the conversation, ask your team members if you have done or said anything that has hurt or offended them in any way. If you’re checking in regularly, there should be a solid foundation for it to feel like a safe space for them to answer honestly, even if they might not feel comfortable initiating the conversation.

Be prepared for the answer to be yes and the examples to be things you would never have thought of yourself. It might hurt you to find out you’ve unintentionally been hurtful; however, the fact that they are still there means you have an opportunity to do something about it from that point forward. The point is, the conversations must continue. Don’t ask about your team members without talking to them. Even though you are busy, there are no shortcuts on this path forward. Make time; it will be worth it.

One of the best ways to be an ally is by using your power and platform to amplify the voices of marginalized groups. To be clear, this does not mean that you share the thoughts, feelings, opinions and stories of others from your platform. It means giving your platform to share our thoughts, feelings, opinions, and stories ourselves. Bring us into the room with you, give us a seat at the table, let us speak in front of those same audiences, and put us in leadership positions with decision-making power.

Make no mistake; no one is asking for anything that has not been earned. The fact is that, despite earning it, we are being passed over for the roles that would make the biggest impact in our careers/lives. If it is an executive-level position, we are likely not even a consideration. How does that happen?

When I say Chief Executive Officer, what picture immediately popped into your head? Most of you, even if you are a member of a marginalized group, probably thought of a white, cis-gender male. That’s how. The only C-level positions that might have resulted in you seeing a different picture in your head are Chief HR Officer and Chief Diversity Officer – because that is what we’re all used to seeing.

Fortunately, through its Executive Minority Staffing arm, companies like Black Progress Matters are trying to change that by working with leaders of large and mid-sized organizations to change the complexion of their executive suite. This needs to be the highest priority if we are going to see widespread change in DEI&B.

When considering people for higher-level positions or additional responsibilities, make sure that you are looking at them and their value to the organization holistically. To put it in simpler terms: if the characteristic that has them belonging to a marginalized group is the main reason you think they are best suited for the role or responsibility, it’s time to think differently. While well-meaning, this is another moment to think of intent versus impact.

For example, if you have talented, well-qualified employees of color and you only consider them for roles or responsibilities specific to people of color, that is noticed and felt, not just by them, but by others and it can feel awful, even insulting. Think of it this way: what makes them an exceptional employee worthy of promotion or additional responsibilities isn’t that they’re a person of color, or neurodiverse, or a member of the LGBTQIA+ community, or (insert other marginalized groups here), that’s just a bonus.

Get creative, think outside of the box, and, most importantly, recognize true talent for what it is. Talent transcends all of the categories above, but does your mindset? If not, it’s time to make an intentional shift.

Knowing better isn’t enough if you don’t do better. Be intentional about taking action. Set goals. Hold leaders accountable. Avoid the mistake of thinking there’s only one way to be “professional” and trying to mold team members into your idea of a “good employee.” Give people room to rise to the occasion their way and they will almost always do that.

Just remember that assimilation can’t be the goal if you want inspiration and innovation. Again, amplify voices of members of marginalized groups, not by speaking from your podium for them, but by giving them the podium to speak loudly and proudly for themselves. However, you should absolutely speak up and speak out in settings where you see and hear things that aren’t right, especially when you’re in rooms where we aren’t. Give credit where credit is due.

Allow the light that has been dimmed for so many years to shine as brightly as it can and provide the power needed to take it up to maximum wattage. Support the career advancement of people of color by acting as a mentor and sponsor, using your power to create permanent seats at the table at the highest levels of your organization. When you are intentional about creating an environment where everyone feels seen, heard and valued and you give your team members room to shine in their own way, you’ll be surprised how bright their future, and your organization’s future, could be.

Looking for more resources around supporting Diversity, Equity, Inclusion and Belonging in your workplace?

Join this conversation led by OneDigital leaders as they tackle what it means to create a culture of allyship, promote perspective shifts for leadership and employees alike and provide practical steps to enact change. Register for the upcoming Employer Advisory Session, Recognizing Power and Privilege in the Workplace: What You Can Do To Create a Culture of Allyship. The Power of Employee Engagement Surveys 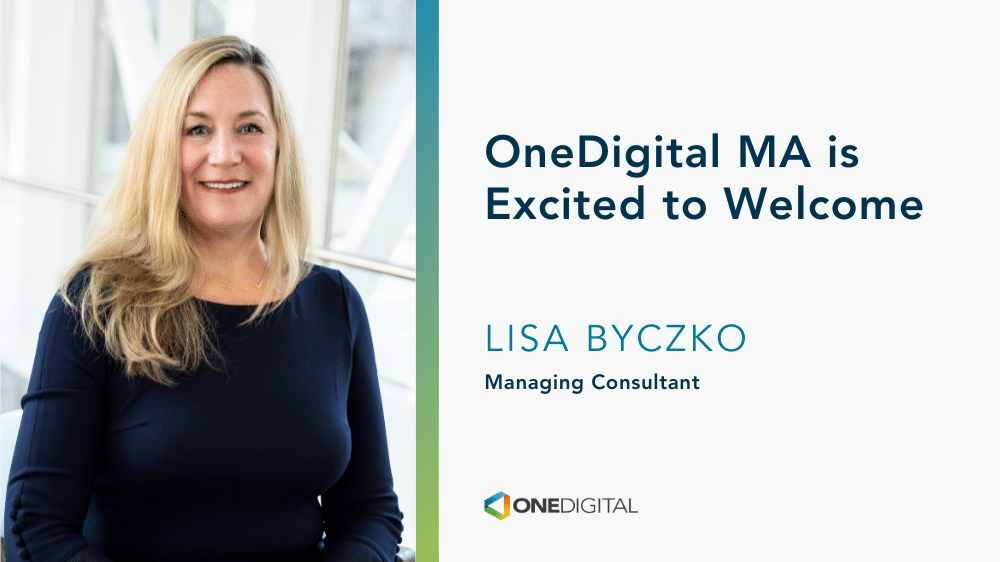