On Monday, July 26, 2021, the IRS released another set of frequently asked questions relating to the COBRA subsidy provisions of the American Rescue Plan Act (ARPA).

As a reminder, one of the main provisions of ARPA allows assistance-eligible individuals (AEIs) to receive a subsidy covering 100% of COBRA and state mini-COBRA premiums between April 1, 2021, and September 30, 2021.

These FAQ topics include:

Question and Answer 1 clarifies that AEIs that are eligible for an extension of COBRA benefits due to a second qualifying event, but have not yet elected it, may still be eligible for the subsidy even if they had not notified the plan or insurer of their intent to extend coverage. The only caveat is that the original qualifying event must be a reduction in hours or an involuntary termination of employment.

For example, if an individual was involuntarily terminated and elected COBRA coverage effective October 1, 2019, their 18-month COBRA continuation period would lapse March 31, 2021. If, on March 1, 2020, the individual was issued a disability determination letter from the Social Security Administration as of November 1, 2019, it would entitle them to a 29-month extended COBRA continuation coverage. Under Emergency Relief Notices, the individual has one year and 60 days from the day the disability was issued to notify the plan and extend COBRA coverage. If they notify the plan and elect ongoing coverage by April 10, 2021, and meet all other assistance eligibility requirements, they are considered an assistance-eligible individual and eligible for COBRA premium assistance.

What if an AEI elected COBRA continuation, but only for dental or vision coverage? What happens if they become eligible to enroll in other disqualifying group health plan or Medicare coverage that does not cover dental or vision?

According to Question and Answer 2, the individual is no longer assistance eligible. Eligibility for premium assistance ends when the AEI becomes eligible for coverage under any other disqualifying health plan or Medicare, even if that other coverage does not include all of the benefits previously elected.

Question and Answer 3 says “yes”. State coverage is still considered comparable coverage even if it only covers a subset of state residents, so long as the coverage it provides is comparable to federal COBRA. Therefore, eligible individuals may still be assistance eligible if they meet all other eligibility requirements.

The remaining questions and answers deal with who can claim the employer tax credit and when they can do so. There has been some confusion over who is considered the “premium payee” entitled to receive the tax credit. In previously released FAQs, the IRS defined the premium payee as:

Among other answers, the IRS clarified that, absent an exception, each common law employer that is a member of a controlled group is considered the premium payee with respect to its own employees or former employees. The same answer applies, again absent an exception, to group health plans that cover employees of two or more unrelated employers. The exceptions, and answers to who should claim the credit, can be found in Question and Answer 8 and 9. 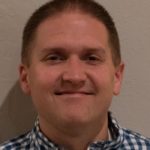