What the New Healthcare Transparency Guidelines Mean for HSAs

What the New Healthcare Transparency Guidelines Mean for HSAs

The United States pays more for healthcare than any other developed country, and Americans are entirely unaware of costs.

New legislation was passed by the Department of Health and Human Services in October 2020 labeled the Transparency in Coverage Final Rule. The goal of this new legislation is to create more transparency on what patients are paying for health care.

Jamie Greenleaf, Principal and Lead Advisor of Cafaro Greenleaf — A OneDigital Company makes an appearance on the 401(k) Pod(k)ast entitled, “TILT’s Jamie Greenleaf on the New Healthcare Rule and What it Means for HSAs,” to discuss the new rule and what could be changing in the healthcare world.

I think people forget that health care plans are covered under ERISA, which means that, all of the committees that oversee their health care plans are fiduciaries. And one of the things that fiduciaries have are duties, around, is this in the best interest of the participant? Are we paying reasonable costs? Well before, they didn’t know what the costs were... So, I do think this is going to be a huge deal. It's been a long time coming, and it's been needed in the industry for so many years. I don’t think it’s going to fix everything, but it’s a start.

Listen to the podcast, here.

Want to learn more about HSA? Check out this recent “Byte-Sized Benefits” podcast: 8 Life-Changing Tips to Maximize your HSA in Under 8 Minutes. 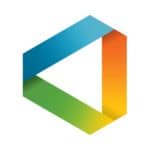 Cracking the Code of Healthcare Costs. Transparency at Last?