There’s considerable debate about how we’re doing economically because it can feel different depending on where you’re sitting.

If you’re looking to buy a home, looking for a job, or living on your retirement savings, for example, you might feel one way or another depending on your own situation. We’re seeing a lot of highs and lows, making it difficult to generalize what’s happening. It helps to understand the pushes and pulls currently affecting the economy.

Is it a recession or not?

Essentially it remains unclear whether we are in a recession. Despite the existence of the “classic” indicators, there are too many positive counterpoints to make that call.

After the second straight quarter of negative real gross domestic product (GDP) growth, many people say it’s officially a recession. However, I’d argue that—while two consecutive quarters of decline is the most widely used definition—it may not give us a complete picture. We must dig deeper to determine if “recession” fits our current situation.

One other person arguing that it may not be a recession is Janet Yellen, U.S. Secretary of the Treasury. To determine that it is a recession, she recommends using a broad range of data—not just GDP growth. And overall, much of the data right now is strong. For example:

On the other hand, we are experiencing a slowdown after a long period of sustained economic growth. Whether it’s a recession or not, is still to be determined.

Inflation: Is Anyone in Control?

Let's talk about inflation next. We’re keeping an eye on the Consumer Price Index (CPI), which continued to increase in May and June. Comparing this June to last June, the average price of goods and services increased about 9.1%—that’s extremely high and unsustainable inflation.

So, the question is if the Federal Reserve’s tightening of monetary policy (most specifically, raising interest rates) will be able to control inflation. Even though it has taken action, I believe that the Fed is nowhere close to declaring victory over inflation.

Yet it is clear that the Fed officials still see the glass as half full, citing a list of other strengths:

As a result, Fed officials believe the U.S. economy can withstand the rapid monetary tightening we’re seeing. Something else to understand is that there is a connection between government debt and inflation. Inflation breaks out when there is more debt than people think the government can handle.

And that’s where we find ourselves: The Fed is trying to get rid of the government debt, and the only way to get rid of it is to “spend” it—to try to trade it for goods and services. At the same time, the government is also trying to provide some relief where people are feeling the pinch of inflation, particularly at the gas pump, and with healthcare and prescription costs. If it doesn't work, the economy is at risk of going into a stagflation. Fortunately, I believe there’s a slim chance of stagflation, especially if the labor market remains strong.

Of course, there’s no such thing as absolute certainty.

We must understand that much of our current situation ties back to government actions during the pandemic. In 2020, the U.S. government provided substantial stimulus money to individuals—about $3 trillion total. Then, on top of that, it borrowed an additional $2 trillion a few months later and sent out more checks.

Since then, the Fed has admitted it misjudged the persistence of post-COVID-19 inflation with high money flowing the economy. Consequently, the Fed is now a step behind and trying to use policy to make up for the earlier missteps.

Fast forward to 2022, and the Fed has raised interest rates by 0.75% twice in recent months. By the end of the year, it’s likely to have raised around 3.5% to 3.75%—more than a percent higher than originally expected.

Yet time is running out. The longer inflation persists, the more expectation will shift upward, and the higher the cost of reversing the inflation spiral.

This current situation is reminiscent of 1968 to 1982, another period when inflation was historically high. During those 14 years, the nation faced high inflation, mostly because of flawed monetary policy by a misguided Fed that succumbed to pressure from politicians who favored unemployment reduction over price stability. The choices made then left lingering political effects for years to come.

At this time, the average inflation was trending around 13 to 14%. Federal Reserve Chair Paul Volcker began a campaign to shrink the money supply, which was not without cost. The nation suffered a dreadful recession from 1981 to 1982. The federal funds rate picked to 20% in the summer of 1981 and unemployment climbed close to 11% in 1982. This cost the country a steep price for 14 years in what I call monetary wastefulness.

Fortunately, I believe that the Fed has learned from the great inflation in the early 1980s and knows the potential pain it could inflict if we follow a similar path now. It’s likely that the Fed will do whatever it takes to prevent a catastrophic measure to control inflation.

Knowing that the Fed is nowhere near declaring victory over inflation, let’s look at what’s been accomplished and what still needs to happen.

First, what has been accomplished? We know the Fed is trying to take charge. It’s attempting to regain control of the inflation narrative to avoid inflicting more economic damage, and to restore its own credibility. As it struggles, the market remains a little uncomfortable.

So, what still needs to happen? The market must believe that the Fed has a handle on inflation. By aggressively increasing interest rates in order to reduce inflation, the CPI is likely to come down. The Fed must continue to show its commitment to tackling inflation.

There are three more meetings left in 2022 when the Fed may hike rates again—September, November, and December. Overall, the increase is likely to be 1.25% more from the current target of 2.50%.

Now, we must learn from the mistakes made in 1981 and avoid repeating them. We cannot push interest rates so high at the expense of the labor market like we did back then. If the economy goes into slow economic growth, the Fed may consider cutting rates again in coming years and beyond.

What Does It All Mean for the Market?

The market has been volatile this year, this we know. Yet stock prices seemed relatively unfazed by the earning disappointment so far, and this suggests that the bad news has already been priced in the market.

And, despite the volatility, there’s both good and bad news. Some sectors are healthy, while others are struggling. Overall, in the stock market, growth companies are down more than 18%. At the same time, value stocks are down only north of 7%, creating a difference of 11% between value and growth (Source: Bloomberg data as of 8/5/22)

The most important thing to understand is that the worst companies that are plummeting were already down. Which is no new news. For others, news is simply more tempered.

In conclusion, the current economic climate is affected by many factors. It is important to take a bigger picture look at what is at play and what exactly affects what. The economy and markets are part of a larger network that will always ebb and flow. Consequently, a lot of the decisions made by the Federal Reserve should be followed carefully as they can influence some of these outcomes for years to come.

Want to read more from Saumen? Check out his recent article, "Markets in Focus: May Update," which focuses on ways to protect yourself when the market is volatile.

Past performance is no guarantee of future results. All investments are subject to risk of loss, and and any investment strategy may lose value. Any economic forecasts made in this commentary are merely opinion, and any referenced performance data is historical. There is no guarantee that a diversified portfolio will enhance overall returns or outperform a non-diversified portfolio. Diversification does not protect against market risk. The materials and the information are not designed or intended to be applicable to any person's individual circumstances. These statements do not constitute an offer or solicitation in any jurisdiction. If you are seeking investment advice or recommendations, please contact your financial professional. 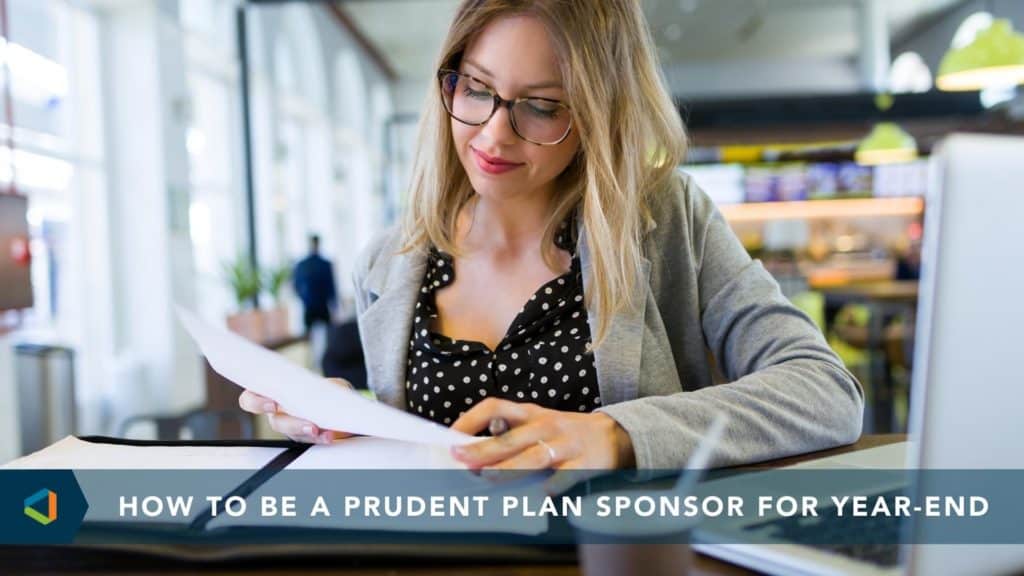 Year-End Checklist for Your Retirement Plan Should Employers Prepare for a Major Recession in 2023? 3 Helpful Tips for Women to Overcome the Retirement Savings Gap